In the oil and gas industry, there are no federal laws or regulations that control what precautions a facility has to take to maintain a protective environment in the event of an explosion on their site.  (OSHA dictates a Process Hazard Analysis every five years, but leaves the methods of fulfilling that open to interpretation.) 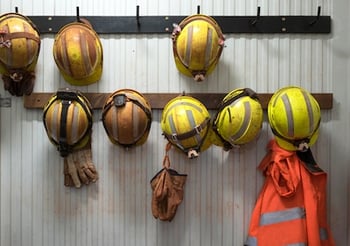 For guidance on safety, Oil and Gas companies and Petrochemical facilities typically follow the recommended practices (RP) of the American Petroleum Institute, or API. These guidelines are abbreviated as API RP, and they cover not only standards regarding protection during blast events, but also a myriad of other topics and events that its member companies across the globe must plan for.

What is the API?

To understand its recommended practices, you should first know what or who the API is. The API started as a group of U.S. oil companies that agreed to work together with the government to represent the industry after World War I. The API was established in 1919.

The American Petroleum Institute is a national trade association representing all facets of the natural gas and oil industry. They now promote safety globally and across the industry and they influence public policy in the U.S. on behalf of the oil and natural gas industry.

The first RP that was developed concerning blast-resistant structures was API RP 752, released in 1995. It deals with the management of hazards associated with the location of permanent, occupied buildings in process areas. It is currently in its third edition, released in 2009.

The next RP developed was API RP 753, released in 2007. It also deals with the management of hazards in occupied buildings of process areas, but it is in regard to temporary or portable buildings.

Both API 752 and API 753 have been reviewed and revised over the years, it’s important to note that API 752 existed even before such tragedies as the Texas City refinery explosion, but as a fluid document, it was revised to better protect those who work in hazardous areas in the petrochemical industry.

Without a formal regulatory board in place, recommended practices like these give companies guidelines to follow. They aren’t meant to fit into a template that tells all facilities how to keep their employees safe, but rather are meant to facilitate safe operating practices when assessments are conducted. So, they don’t replace the need for sound engineering, or safe operating practices, but complement them.

The two recommended practices are similar in that they are both meant to ensure the design, construction, installation, and maintenance of buildings will protect occupants against potential hazards.

Their difference lies in whether the structure is intended to be portable or temporary, or if it can be considered a permanent structure.

So, priority one is to minimize the use of buildings that are intended for occupancy. If the work being done in that building could be located away from the hazard, that should be done first.

What Are Occupied Buildings?

A building can be considered occupied if there are personnel assigned to it, or if there’s a recurring function that draws groups of employees.

A few examples of occupied buildings:

If a building has a roof, but no walls, it wouldn’t be an occupied building. Examples of this are structures like bus stops, covered walks, and outdoor smoking areas.

A Facility Siting Study would help clarify, on a case by case basis, any confusion over whether or not a structure is considered occupied.

The recommended practices outline which buildings should be evaluated in a Facility Siting Study, and they require that mitigation plans for any issues uncovered in a study are documented, implemented, effective and that they are in continuous use as long as the building is in use.

How is Assessment Approached?

There are three approaches that owners or operators may take to building siting evaluations.

Owners or operators may use one or more of these approaches to evaluate process areas for safety. The facility siting study should actually be performed by a third-party team that is competent in analytical methods. This could include, but isn’t limited to:

The evaluation will reveal if existing buildings fail to meet evaluation criteria and will prioritize their mitigation. Prioritization may be based on some of the following:

When selecting mitigation options facility owners or operators should determine the best way to reduce consequences, or the frequency of scenarios like blast events. They should use a balanced approach that includes passive, active and procedural measures.

What is a VCE?

One of the dominant explosion scenarios used in API 752/753 is the occurrence of vapor cloud explosions, or VCEs, which happen when five conditions are met:

If a VCE scenario is possible, or likely, the blast load on buildings is then calculated. This is what determines how the building will respond. The building response is evaluated based on the degree of damage that will occur.

The recommended practices will not tell you directly which response level a building should conform to. They will simply act as a guide. Owners/operators will need to look at overpressure maps, as well as the potential duration of a blast.

These factors will help a facility owner, along with their analysis team, determine which buildings are located in the most hazardous areas. Facility owners will need to evaluate their mitigation options to decide how to deal with buildings that aren’t a structural match for the area they are located.

Not only will an assessment of the potential damage to buildings tell you the building response, it should also tell you how vulnerable its occupants are to factors like the collapse of the building and debris.

In addition to explosions, API 752 and 753 also evaluate the potential for danger from fire and from toxic material release. Similar to explosions, the document covers siting evaluations for both fire and toxins, as well as the approaches used to evaluate.

It analyzes the factors, effects and potential vulnerabilities in the same way that it does for blast events, but also touches on shelters-in-place and evacuation. Lastly, the determination of mitigation options is outlined for each hazard type.

What Action Should You Take?

These recommended practices should provide a framework and guidance for managing onsite risks. Understanding the basics outlined here is the first step toward managing a safe environment and ensuring a minimized level of risk and liability.

RedGuard, as an industry leader in safety, can help you in a few ways. We may be known for blast-resistant buildings, but that's not all we do. If it's time to schedule a third-party Facility Siting Study, our engineering team can coordinate with you to determine which evaluation you need.

And second, if you have had a Facility Siting Study performed, but you'd like someone outside your organization to help determine what mitigation options are best, we can help with that too.

If a Facility Siting Study is your next step, take a look at our preparation checklist.