Can A Shipping Container Be Converted To A Blast Proof Building? This article was originally published in the January/February 2023 issue of BIC Magazine and was edited to fit in the space provided. It is re-published here in its entirety.
We have to look at a few facts to answer the titular question:

Can a shipping container be converted to a blast proof building?

RedGuard makes blast-resistant buildings. We got our start years ago leasing containers on construction sites, oil and gas refineries, and many other rugged worksites. Most of these containers were used as storage for tools and equipment. In fact, we still provide that service today through our SiteBox Storage brand.

We began in 1998, but in 2005, things changed. A catastrophic explosion on a refinery site killed 15 people. It led engineers investigating the aftermath to ponder whether shipping containers, which were still standing with little to no damage after the explosion, could be used as the basis for blast-resistant buildings to protect people.

So, while we got our start there, a lot of design and engineering went into our blast-resistant buildings. Once we had a design that satisfied our safety goals on paper, we field-tested it. Yes, field-tested, meaning we intentionally set off a powerful blast to ensure the buildings were safe. And blast-testing has continued with our subsequent blast-resistant designs. (Which, by the way, no longer start as shipping containers.)

To be clear, shipping containers alone are not blast-resistant. And, to use the terminology in the initially posed question: “blast proof,” as opposed to blast-resistant? Blast-proof is a bit of a misnomer. We test our blast-resistant buildings to protect against blasts of a certain level, but we recognize that the term “blast proof” is inaccurate.

Those are the facts.

So, Then, Can A Shipping Container Be Made Into a Blast Resistant Building?

Now that the facts are clear, YES. A shipping container can be converted into a blast-resistant modular building. So, then the question becomes, is that still the best option?

As a whole, it is more efficient to build a blast-resistant building from scratch. Here’s why.

In order to convert a shipping container to a blast-resistant building, we would have to start by reinforcing the frame. The best blast resistance begins with a frame that has tightly spaced vertical and horizontal stiffeners, similar to a human rib cage. This allows compression during a blast, the same way the ribs protect a body’s internal organs.

In RedGuard’s blast-resistant buildings, this compression is called “flex” or “dynamic load transfer,” and it’s essential in providing a safe environment. Shipping containers have far fewer beams in their frame, requiring quite a bit of reinforcement.

Next, consider the walls and how they’re built. A typical shipping container likely has steel walls 0.075” thick. A blast-resistant building should have thick steel walls; depending on the building’s response level, the walls may be steel sheet or corrugated. A shipping container would likely need to be reinforced to gain this level of strength.

A blast-resistant building is designed as a “single degree of freedom” system, meaning the entire building is only as strong as each component. What about doors and windows? Shipping containers aren’t built with standard doors or with windows. They have doors that swing open on either end to make them easier to load and unload. Those doors need to be fixed in place and reinforced so that they don’t open during a blast.

Strong, heavy blast-resistant doors would be added. Every cut made into the shipping container would compromise its stability. A blast engineer would need to be involved to ensure blast protection. As you can guess, all of these measures add cost and take time.

To bring the best products to market for customers, in 2009-2010, RedGuard transitioned from container-based units to purpose-built blast-resistant buildings. We went through several iterations of container-based designs before our first scratch-built designs hit the market. We kept refining until we created our GEN II units and we didn’t stop there. In our GEN III buildings, which we refined after our most recent blast test, safety remained the #1 factor in the design.

While the original shipping container-based designs are still more than adequate for blast protection, switching to scratch-built units made it easier for the company to meet customers’ needs. While the market and industry have grown, the designs have become more sophisticated. At RedGuard we have increased energy efficiency standards and upgraded interior finishes, safety features, HVAC systems, insulation options, and more.

Additionally, and probably more importantly, we enhanced our structural offerings. A commitment to testing, while looking for ways to “think outside the box” (pardon the pun), has allowed structural designs to get even better. The fact is, none of this makes units that started as shipping containers obsolete. RedGuard’s initial blast test proved that.

But in today’s market, it just isn’t the best choice. 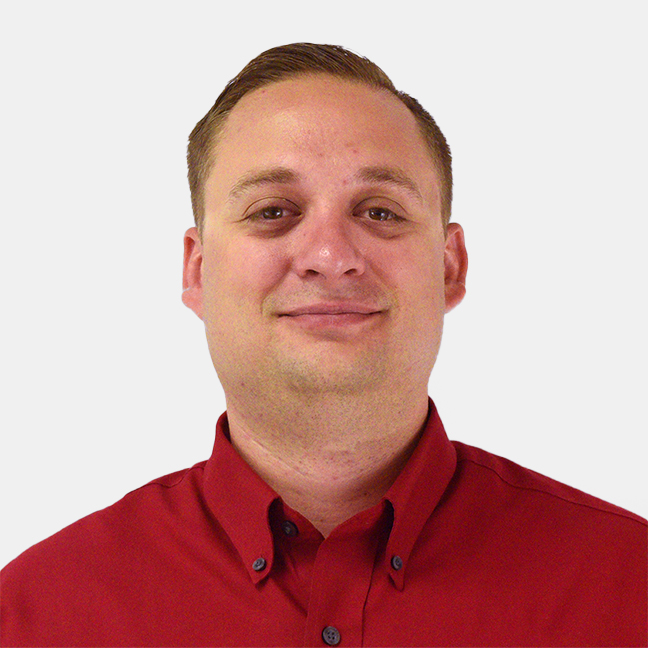 Phillip Lange is the technical sales manager at RedGuard. With his experience working with companies in the oil and energy industry, his specialties include process scheduling, negotiation, budgeting, value engineering, and operations management. He oversees technical engineering services that are offered at RedGuard, like facility siting studies, building retrofits and custom blast-resistant solutions.