Everyone talks about safety, as we should in the petrochemical industry, but there are some gray areas in blast zone safety ratings. So, it’s equally important to talk about reliability. Yes, a building can be rated for a certain zone, but if it’s rated “high response” (which means “high damage”) in that zone, there will almost certainly be casualties if people are in the unit during a blast event.

Reliability means going beyond the requirements of a high response rating and making sure a building will perform its intended purpose of protecting people during an actual blast event. This means being obsessive about safety, overbuilding whenever possible and blast testing with a test dummy rather than leaving any doubt about the building’s ability to protect occupants.

This obsession defines our culture at RedGuard. Some of us are a little weird about it, but then again, we are the type of people who should be making a product like this. That’s why high response is simply unacceptable for our products.

What the high response rating means

The American Society of Civil Engineers (ASCE) has established three response level ratings that predict the extent of rescue and repair resources a building will require after an explosion in a given zone. Low and medium response ratings (all of our buildings are rated low to medium response) leave a margin of safety for a building’s occupants that minimizes the risk of casualties. High response is an entirely different game. ASCE defines a building with high response ratings as follows:

That describes a building that probably did not survive a blast well enough to protect its occupants, yet it is still “rated” for a given zone. This is why you have to read every building’s ratings carefully if you really want to save lives. Just remember: high response equals high damage and the likelihood of high casualties.

Taking lessons from the past

Everyone remembers the 2005 Texas City, Texas, refinery disaster, but only a few experts had the opportunity to investigate the site afterward and begin amassing data about the blast event. One of those people was Ali Sari, Ph.D., PE, (currently with Genesis Oil & Gas Consultants). The data he recovered inspired a new approach to blast-resistant building (BRB) design.

His first observation was shipping containers in the blast zone had not failed, while trailer offices had been reduced to splinters. He had the seeds of a new design, but he needed a manufacturing company to play out his ideas with real steel, so they could be refined and tested.

Around the same time, a major refiner asked RedGuard to build the company a better BRB. We were already making shipping container based offices, so we had a good start. We soon joined forces with Ali, and everything quickly fell into place. RedGuard was soon leading the charge in BRB design.

We decided, early on, to take a lesson in structural engineering from nature — specifically, the human rib cage. This is a perfect construct for protecting vital organs because ribs compress in a way that dissipates the energy of a blow over a large surface area.

One of our first improvements to the basic shipping container was to tighten the spacing of steel studs, moving them to 11- to 12-inch intervals. The engineering data told us this would significantly boost blast resistance. Then we welded corrugated steel walls around these “ribs,” which added measurably greater strength than flat walls.

At this point, our numbers predicted a building strong enough to bounce back under significant blast loads with no serious breaches to the structure. But it wasn’t time to test yet.

Next, we looked at interior options. It does little good to put people inside a tough metal shell if shrapnel from interior components can still kill them during a blast. Our early units — and to this day, all of our lease units — have interior walls made from oriented strand board (OSB), which minimizes the risk of shrapnel. The choice of lighting fixtures presented a major challenge because broken glass can be lethal in a blast. We learned correctional facilities had already solved this problem with tamper-proof, fluorescent light fixtures. These specialized fixtures are built to withstand repeated violent abuse by detainees. Each glass tube is encased in a hard plastic shell, with another casing around the entire fixture. If a tube breaks during a blast event, the glass is safely contained behind two layers of protection.

We chose to surface mount the electrical conduits in our BRBs because, after a blast, personnel need to know whether these components have been damaged. We also included fire extinguishers, smoke detectors and battery-powered emergency lights to help occupants instantly assess an emergency situation and escape to safety as quickly as possible.

This is the kind of thinking that makes a great BRB. It’s not about receiving a rating from a chart; it’s about predicting scenarios and charting a course that keeps people as safe as possible during and after the chaos of an explosion.

This is where the story starts getting fun. With all of these obsessively safety conscious employees, one day we told them to “make it fancy.” The first thing they said was, “We can’t sacrifice safety.” No disagreements there.

We started getting requests for — you name it — custom cabinets, interior drywall, drop ceilings, computer floors … and on and on. People were leaving these units parked in the same location for years at a time, and they wanted to make them feel like traditional buildings inside. They wanted them mounted to foundations. They wanted redundant HVAC, pressurization systems, fresh air stacks with gas detection, Class 1 Division 2 compliance and control room requirements.

They wanted bigger facilities, so we started making interior building sections that could be transported through the same, normal shipping lines as our single section units.

That was the genesis of our SafetySuite line, which can be equipped with as many bells, whistles and luxuries as your imagination allows. It can be tiny or huge as long as we don’t sacrifice safety.

Here’s the kicker: An increasing number of facilities are replacing “permanent” buildings with SafetySuites because not only do they save lives but they cost less. Very little construction is required at the site because most of it is done before the unit or section is shipped. This also means fewer permits and less interruption to operations during construction. It’s a whole new way of thinking.

Making the case for regulation

Ali is always quick to point out the science of blast engineering is in its infancy, and there are no actual college degrees for it. Equally uncharted are the waters of regulatory standards for BRBs1. No agency or organization is responsible for this because the science is so new.

It’s up to us in the industry to initiate regulation because now there is data from which to work. Professionals evaluated Texas City and brought back data. At RedGuard, we blast tested our own unit to confirm what the numbers were telling us, and our building performed at and above predicted levels. The science works, and it should be standardized industry wide.

If all of the manufacturers in our industry are playing by different rules, and someone’s BRB fails to protect personnel during an event, doubt will fall on the entire industry. I would urge my colleagues and competitors to start working toward a common set of standards and design guidelines for BRBs based on empirical data and with no confusing descriptions that make substandard damage levels sound acceptable.

The petrochemical industry is very good about meeting and exceeding safety requirements not because it’s mandated but because it’s the right thing to do.

With lower construction costs and the proven knowledge that we can save lives in a disaster, there is every reason to believe the use of BRBs will continue to rise. We have a responsibility to do the right thing and build solid products based on good science, an obsessive focus on safety and consistent quality standards.

1 While there is no regulatory board for BRB design, API has established a set of recommended practices that define specific psi and duration requirements for specific zone placements. This is valuable information and could also help form the foundations of true regulation. 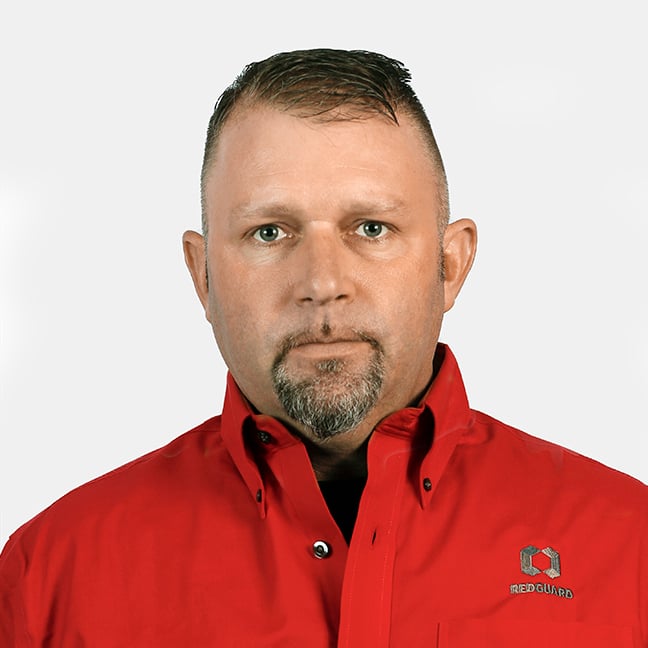 Darren Hillman joined RedGuard in February 2009 and is president of the corporation. In his role leading the RedGuard team, he directs the day-to-day operations of the company and is involved in providing strategic direction, leading upper-level management, as well as coaching and counseling teammates. He's also a front-line leader with direct involvement with customers, regulatory bodies, community organizations, and employees.