Every industry has its jargon, and after a while, it’s easy to forget that not everyone understands the terminology that we often hear on an everyday basis. This is especially true if you’ve just started in your 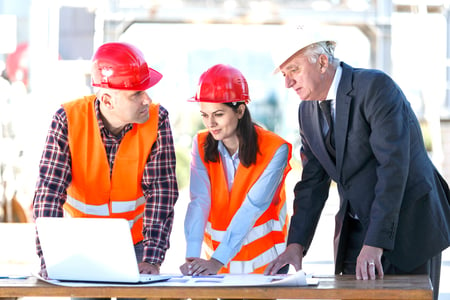 career and haven't learned it all yet. Even those who have worked in an industry for a long time may not want to admit they don’t know the meaning of a common acronym, even if they understand its usage.

Coming from a different industry might also be another factor in the growing list of why you might not understand all the acronyms and jargon. After all, at RedGuard, we use BRB regularly to mean “blast-resistant building,” but we are also aware that others may say BRM or blast-resistant module, and others still may say blast-resistant structure. And if you have a teenager, you may recognize BRB as meaning, “Be right back!” 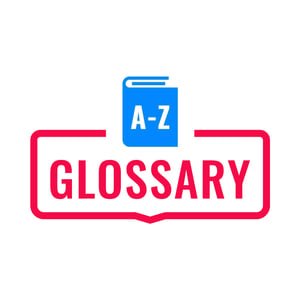 To clarify some of the acronyms and terminology in the oil and gas industry, the following is a combined list. Terms on the list were suggested by some of our field team who hear industry language regularly. It’s important to note that this isn’t all-inclusive, it’s not even the entire list that our team submitted. (That would’ve been too long for a blog post!)

ADA – Americans with Disabilities Act. A civil rights law that prohibits discrimination based on disability. This affects the design of buildings and other structures.

ASCE – American Society of Civil Engineers. The world’s largest professional organization for civil engineers. Acts as the voice of the civil engineering profession in federal and state policymaking through its government relations and infrastructure initiatives. (It created the response level ratings that are used to describe the expected levels of damage of buildings  located in hazardous areas.)

Blast / blast event – The term used to describe an explosion on a petrochemical facility.

Bunker – This word is used to mean either a reinforced shelter or, in industrial terminology, a large container for storing fuel. Bunkers can be a significant portion of a ship’s operating cost and can be difficult to calculate because of volatile oil prices. (This term almost didn’t make it into this list, because of the assumption that the meaning was only the terminology for shelter, which is a common term across industries.)

Cat cracker – A Fluid Catalytic Cracking Unit, FCCU, or a piece of refining equipment used to convert the heavy portion of crude oil feedstock into lighter petroleum products, including liquefied petroleum gas and gasoline. In a petroleum refinery, this one of the most important conversion processes and can be a key factor in a facility siting study. This area would require the use of blast-resistant buildings.

CEC – Canadian Electrical Code. This is a standard by the CSA pertaining to the installation and maintenance of electrical equipment in Canada.

Classified area – This refers to an area that a specific process is performed, typically a hazardous area where a fire or explosion hazard exists. Typically, personnel must have special designations to work in classified areas. An example of this would be C1D2, or Class 1, Division 2. (Example - an electrical classification would drive the ratings/classification of the electrical components in the area.)

CSA – Canadian Standards Association, or CSA Group, is a standards organization that develops standards for Canada, composed of representatives from industry, government, and consumer groups. A similar group in the United States is the NEC.

FEA – Finite element analysis. A simulation used during the design phase to reduce the number of physical prototypes and experiments, to create better products more quickly.

FRP – Fiberglass reinforced panel, is a composite material made of a polymer matrix reinforced with fibers. FRP is used as wall paneling when environments dictate a need for a durable, long-lasting, and easy-to-clean material.

FSS – Facility siting study. A consequence-based study that assesses the results of potential fires, explosions, or the release of toxic materials.

IBC – International Building Code. A model building code developed by the International Code Council, as a case code standard. It is used by most jurisdictions in the United States.

Intumescent coating – A coating or paint used to give a building fire resistance.

ISO 9001 – A quality management system used to help ensure that the needs of customers are met, including all statutory and regulatory requirements of a product or service.

Jet fire – Sometimes called a spray fire, this is a flame that results from the combustion of pressurized fuel.

LAHJ – Local authority having jurisdiction. The organization, office, or individual that is responsible for enforcing the code requirements or standards for equipment, materials, installations, or procedures. The LAHJ could be federal, state, local, or regional.

LEL – Lower Explosive Limit. The lowest concentration of a gas or vapor mixed with air that is capable of producing a flash fire in the presence of an ignition source. LEL is usually expressed as a percentage.

MCC – Motor Control Center. Typically found in industrial buildings, this is where electric motors are controlled in a central location. If there is much dust present or corrosive processes are used, the MCC could be installed in a separate, climate-controlled environment, next to the machinery being controlled.

MSA – Master Service Agreement. A contract reached between parties as an agreement of terms for future transactions.

NDE – Non-destructive examination, sometimes called a non-destructive test (NDT), is a technique for testing materials or components of a system, without causing damage to the system or the components being tested. X-rays, ultrasound tests, and magnetic particle testing are examples.

NEC – National Electric Code. This sets the foundation for electrical safety in residential, commercial, and industrial occupancies in the United States. (CEC is a similar code in Canada)

OSB – Oriented strand board is a type of engineered wood similar to particle board, formed by adding adhesives and then compressing layers of wood strands (flakes) in specific orientations.

OSHA – Occupational, Safety, and Health Administration is an agency of the US Department of Labor that sets and enforces standards to ensure safe and healthy working conditions. OSHA dictates that oil and gas processing plants have a facility siting study performed, at a minimum, every five years.

Passive Fire Protection – Components of a building that are used to contain or slow the spread of fires, such as doors, floors, or walls.

PFD – Process Flow Diagram, these are commonly used in chemical engineering to indicate the general flow of plant processes. It will illustrate major equipment in a process, but most likely won’t show minor details that would appear on a P & ID. A PFD is also called a flowsheet.

P & ID – Piping & Instrument Diagram. These diagrams are used in processing industries to illustrate the piping, along with the processing equipment, and the instrumentation used for controls.

Pool Fire – This is a fire where the fuel source is evaporating and burning. The fuel might be on a horizontal solid, or on a higher-density liquid, usually water.

PSI – Pounds per square inch. A unit of pressure that is used to express the intensity of a blast wave, sometimes expressed as PSI per MS. A facility siting study will express the recommended PSI rating of buildings in certain areas. For example, in classified areas, the occupied buildings will be required to be rated to withstand a much higher PSI than those located outside of blast zones.

Redundant System – A redundant system is one with components that are similar, so that if one fails, the other can take over.

Response Level – A response level is intended to predict the extent of rescue and repair resources that a building will require after an explosion. When talking about buildings and blast-resistance, a low response is desirable over high response, since low response would indicate a low amount of damage. (An easy way to remember this is to replace “response” with the word “damage.”) A “high response” building is not suitable to be used as an occupied building in a hazardous area, though it is still considered blast-resistant.

RP – Recommended Practice. Along with the acronym for API, you might see API RP to describe the recommended practices of the American Petroleum Industry. (The RP that cover blast-resistant buildings are 752/753.) 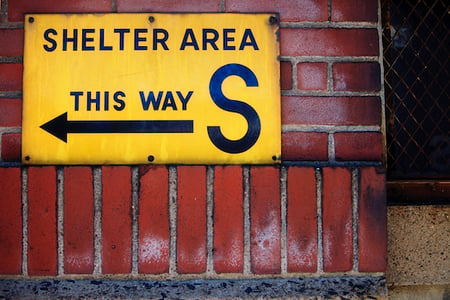 Safe Haven – A place that people can go to for security during a disaster event.

Shelter in place – Similar to a safe haven, but the secure environment is created in the space that workers already occupy, so no evacuation is necessary during an emergency event.

TA – Turnaround. Sometimes called a shutdown, this is a planned break in production during the refining process. This disruption is planned so that preventative maintenance can be performed.

TDLR – Texas Department of Licensing and Regulation. A state agency in Texas that is responsible for licensing and regulating a broad range of occupations, businesses, facilities, and equipment.

VCE – Vapor Cloud Explosion is an explosion that results from the ignition of a cloud of flammable vapor, gas, or mist. The flame accelerates at such a high velocity that it produces a significant amount of overpressure.

Zone – In the oil and gas industry, hazardous areas, or zones, are areas that have a risk of explosion. These areas are all different and have specific requirements depending on the elements of risk present. Risks are represented by classifying hazardous areas by numerical zones.

Wrapping It All Up

As you can see, there are many, many terms in the oil and gas industry and the petrochemical industry that could be considered industry jargon. In fact, in the blast-resistant building industry, which crosses over frequently with oil and gas, there's a whole set of terminology that deals specifically with blast events. For more specific terminology about blast events, download our Blast Event Glossary.