When a blast event occurs at a facility in the oil and gas industry, blackouts, disorientation, concussions, internal bleeding, and even 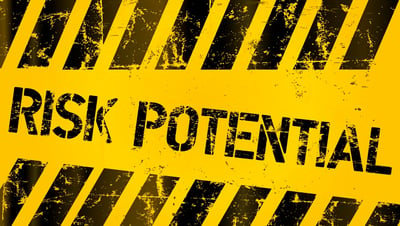 fatalities can occur. While the latter components are widely published in the aftermath of an event, what is less known is the far-reaching and negative financial impacts of both personal injuries and structural damage. Discovering the impact of a blast event requires an in-depth look at the trickle-down and oftentimes continuous financial costs of the incident.

The Human Impact Of Blast Events
As seen in the proceeding two events, the far reaching impact of oil and gas blast events extends beyond structural costs. In fact, the effects of a blast event on the human body can result in expensive medical bills, workers compensation, paid time off, and (if warranted) legal compensation. (We talked about that here: Blast Exposure Liability.) Additionally, as seen in the Texas City refinery blast event, a failure to meet certain safety standards can result in hefty fines. In this vein, oil and gas companies should take the necessary safety precautions to a) protect against blast events and b) to protect their structures and workers from the negative physical and financial impacts of blast events.

One of the ways that companies and facilities can protect their structures and personnel is to use a blast-resistant building (which is also known as a blast-resistant module, BRB, or BRM). A BRB is strategically built to protect the human body from speeding projectiles and the harmful impact of higher psi levels. By using a BRB that has the right psi ratings, facilities can protect personnel from bodily harm, save lives, reduce the risk of nonstructural items causing bodily harm or property damage, and reduce the financial impact of a blast event.

A BRB Can Save Lives and Lower the Financial Impact of Blast Events
When lives are at risk and the financial cost is high, oil and gas companies should take the precautions needed to protect both their personnel and facilities from the damage caused by a blast event. A BRB can help reduce the short and long term costs associated with a blast event by protecting personnel from trauma-based injuries, while simultaneously reducing structural damage that could be present if the buildings had not been blast-rated.

Still need to know more? Download our white paper about the next steps in the evolution of blast-resistant buildings.